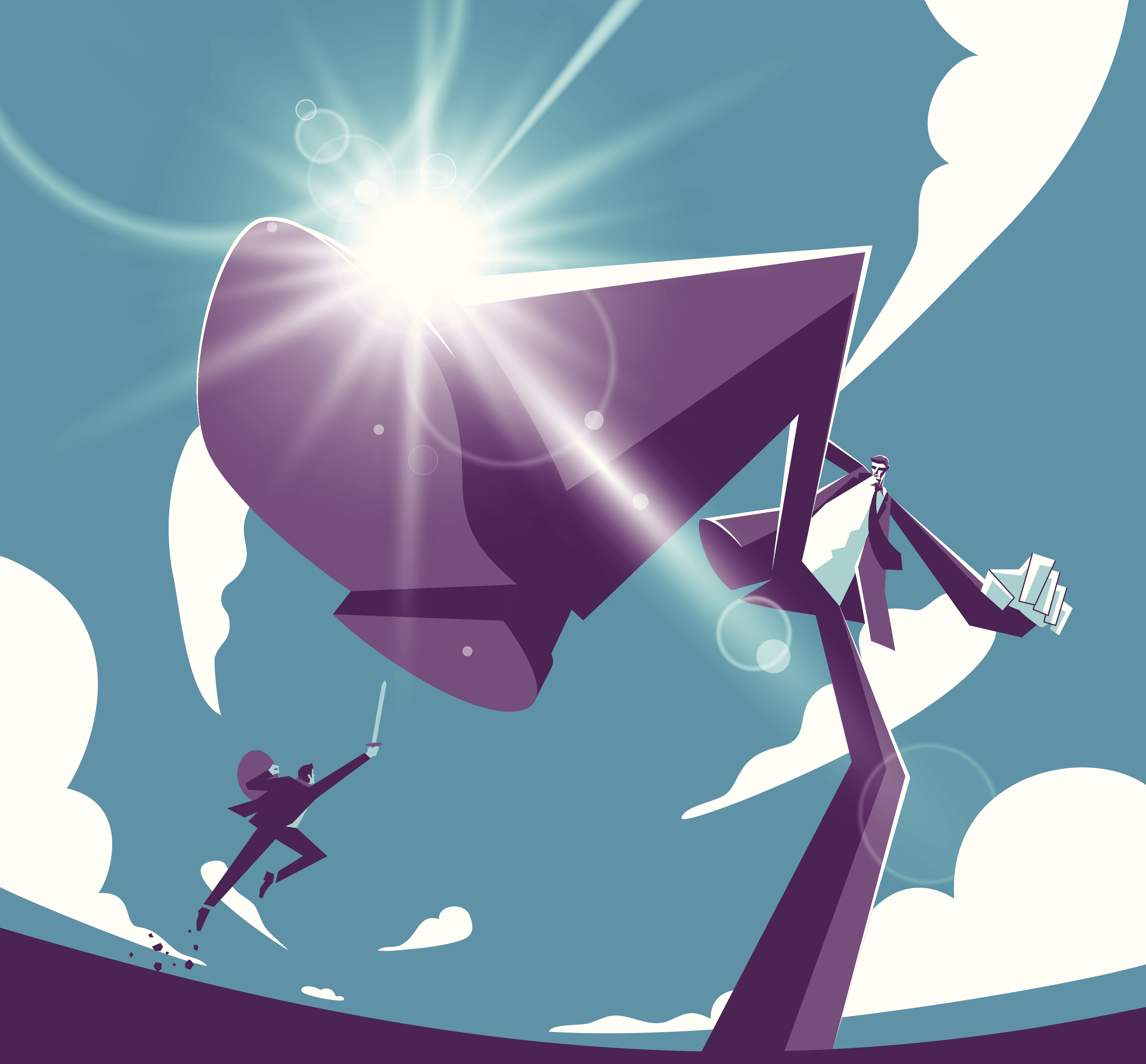 Hedge fund Dryden Capital Fund has nominated a director to the boards of eight Pimco closed-end funds, continuing a two-year campaign to pressure the boards into redeeming its outstanding preferred shares, according to a proxy filing.

If Dryden succeeds in getting its nominee, Junto Capital portfolio manager Derrick Clark, elected at a Dec. 12 shareholder meeting, it will have placed two directors on the Pimco boards in the last year. Last December, Dryden co-founder Matthew Buffington successfully won a seat on the boards in a contested election.

While it is trying to place its own nominees on the Pimco fund boards, Dryden is not pursuing the aims of a traditional closed-end fund activist, which typically try to capture a windfall gain from closing a discount to net asset value.

Instead, both of Dryden’s director nominations have stemmed from its dispute with Pimco over the redemption of auction-rate preferred shares, or ARPS, the funds sold.

Dryden’s campaign has placed the Pimco boards in a difficult situation, faced with the dual challenges of fighting off a board insurgency and balancing the divergent interests of their common and preferred shareholders.

History of ARPS and Shareholder Activism

ARPS were often sold to closed-end funds investors by management looking for an alternative to debt prior to the financial crisis. They were often seen as more reliable than a line of credit from a bank, which is generally renewed annually, according to David Mahaffey, a partner at Sullivan & Worcester.

“Every year you have to ask [the bank] for the money again,” Mahaffey said. “Whereas for the auction rate, it’s more or less permanent. That’s the benefit of preferred shares.”

The dividend paid by ARPS is designed to be reset periodically through Dutch auctions, where investors bid down a price. During the 2008 financial crisis with interest rates collapsing, however, the auction market — like most financial markets at the time — froze, leaving existing ARPS holders stuck with illiquid shares that in many cases paid below-market dividends.

For several years after the auctions collapsed, ARPS holders made many attempts to force funds to redeem their shares, sometimes through litigation. Some activists bought them at a discount on the secondary market, aiming to make a profit by forcing the closed-end funds to redeem them.

In the years since the crisis, most funds have agreed to redeem outstanding ARPS and replace them with other types of preferred shares. The SEC and Finra also arranged settlements that involved agreements with funds to buy ARPS back.

“A lot of [ARPS] have been redeemed over the years, partially because they can be trouble in situations like this,” said Taylor Brody, a partner at Stradley Ronon who specializes in closed-end fund activism. “There have been a fair amount of redemptions solely for that reason.”

Some fund boards, however, have opted to leave ARPS outstanding, because redeeming them would require the funds to pay out of their own assets, hurting common shareholders at the expense of preferred shareholders.

Because there are so few ARPS remaining, shareholder activism has grown increasingly rare since 2009, making Dryden’s campaign an unusual case.

In 2011, for example, activist Karpus Investment Management threatened to nominate a director to the board of the Advent Claymore Convertible Securities and Income Fund if it did not make a tender offer for its ARPS. Karpus ultimately withdrew its director nomination after the fund agreed.

Dryden’s campaign is the first time an activist has used a proxy contest to seek better terms on an ARPS tender offer, according to Paul Torre, president of governance, proxy and ownership services at AST. AST has served as Pimco’s proxy solicitor in both contested elections against Dryden.

Dryden does not have a history of closed-end fund shareholder activism, its action against Pimco notwithstanding, experts in the space said. The Dryden representative said the hedge fund does not consider itself an activist investor.

Dryden was founded in 2013 and has offices in both New York and Miami. According to PrivateFUNDData, it has less than $150m in assets spread across two funds.

Dryden began investing in the Pimco funds’ ARPS in 2016, long after the auctions had collapsed, according to a timeline of events included in public filings. It reported owning 147 ARPS as of Oct. 30 this year valued at $3.7m based on the liquidation preference of $25,000 a share.

Industry experts considered that a relatively small amount. Karpus owned 1,024 ARPS when it targeted the Advent Claymore fund, worth a maximum of $25.6m, by comparison.

In the spring of 2018, Dryden began demanding that Pimco redeem the ARPS arguing the funds had other, more cost-effective ways to access financing and that the ARPS dividends were becoming expensive for the funds relative to those other sources of financing as interest rates rose.

That July, Pimco extended a tender offer to provide liquidity to all ARPS holders at 85% of the liquidation preference.

Dryden declined to tender its ARPS, deriding the offer as “lowball,” and nominated Buffington that September.

Overall, only 18% of ARPS holders accepted the Pimco offer, with 14% coming from Wells Fargo, which had negotiated an arrangement not available to other ARPS holders to purchase new preferred shares after tendering its ARPS.

In a presentation to proxy advisory firm Institutional Shareholder Services, Dryden pointed out that 53 other funds had made tender offers for ARPS over the previous four years, ranging in value from 100% to 89.75% of liquidation preference.

It also pointed out that two Allianz Global Investors-managed CEFs had launched tender offers for 94% of liquidity preference in June 2018. Allianz owns Pimco, and both companies’ funds are overseen by the same independent directors.

Pimco argued to ISS that its 85% tender offer had been appropriate considering the less-optimal financing alternatives the funds would have to turn to without ARPS. It added that the boards would continue to actively consider any sources of financing that would be in the interests of the funds and all fund shareholders

ISS recommended that preferred shareholders vote to elect Buffington, citing the below-market nature of Pimco’s tender offer, in the end.

Eric Boughton, portfolio manager and chief analyst at Matisse Capital, said boards at closed-end funds are far too often too aligned with fund management so the fresh ideas that activist-nominated board members bring to boards can be a valuable resource. The Oregon-based investment company, which manages about $1bn, operates the Matisse Discounted Closed-End Fund Strategy, a vehicle for activist campaigns.

Following Buffington’s election, the Pimco boards acted to minimize his influence. All eight boards expanded in size, reappointing the director who had lost his seat to Buffington in the election — Hans Kertess for some boards, Alan Rappaport for others — as well as adding former Simpson Thacher partner Sarah Cogan as a new independent director.

“If you think about it, it is outrageous,” said Adam Finerman, a partner at Olshan Frome Wolosky who specializes in counseling closed-end fund activists. “It’s actually the ultimate affront to corporate governance and shareholder rights to say, ‘Even if you vote this guy off, we’re going to put him back.’”

The boards have indicated that if Clark wins a seat, the board could once again expand to curb the influence of the dissidents.

Tough Decisions Ahead for the Boards

“The preferred directors can’t say, we’re going to favor one shareholder group over the other shareholder group, but rather must act on what they believe is best for the fund as a whole,” said an industry lawyer who follows closed-end fund activism.

The funds are under no legal obligation to redeem their ARPS, which means any tender offer would constitute a decision by the fund boards to hurt common shareholders.

Moreover, while Dryden initially argued in 2018 that the ARPS dividends would become more expensive to the funds as interest rates rose, the Federal Reserve has cut interest rates three times this year, making ARPS cheaper for funds.

“That’s probably less of an incentive for fund managers to redeem their ARPS,” said Greg Fayvilevich, head of US funds and asset management at Fitch Ratings.

Allowing Dryden’s campaign to drag on, however, could result in reputational harm, degrading market trust in future financing arrangements for the fund. The looming threat of a lawsuit by ARPS holders could also distract board members from their work.

Currently the boards of each of the eight Pimco funds consist of Buffington, Cogan, Kertess, Rappaport, James Jacobson, chair person Deborah DeCotis, Bradford Gallagher and William Ogden. Gallagher is expected to retire from the boards at the end of the year, according to the proxy filing.

Besides Buffington, who only oversees the eight funds, all of the independent directors oversee 84 other closed- and open-end funds managed by Pimco or Allianz. Last year, independents received annual compensation of $225,000 for the entire Pimco/Allianz fund complex.

Fred Alger to field current six-member board for…